This painting by Lucian Freud depicts the face of Garech Browne as an adolescent, of which two versions exist. The artwork, painted in 1956, was most probably created on the family estate Luggala in Ireland. Due to a fire, the painting was never completed and was later given to Caroline Blackwood (second wife of Lucian Freud and cousin of Garech Browne).

The position of the face of the man is a ¾ portrait pose, his right shoulder slightly visible, very different from the more detailed and dramatic symmetric frontal pose of Garech Browne’s portrait. Some details were not caught by the IRR device such as the left eye (viewer’s perspective), suggesting, that this first composition was not fully completed, and the artist decided to reuse the support for a different subject. Freud could have scraped this earlier portrait before applying a second ground layer for the current composition, although this was not corroborated. Many details of the previous composition are, however, still visible, such as the shape and shadows produced by the nose as well as the positioning and shape of the face, lips, and ear. The Macro Lens is particularly useful when working on a damaged canvas when being able... 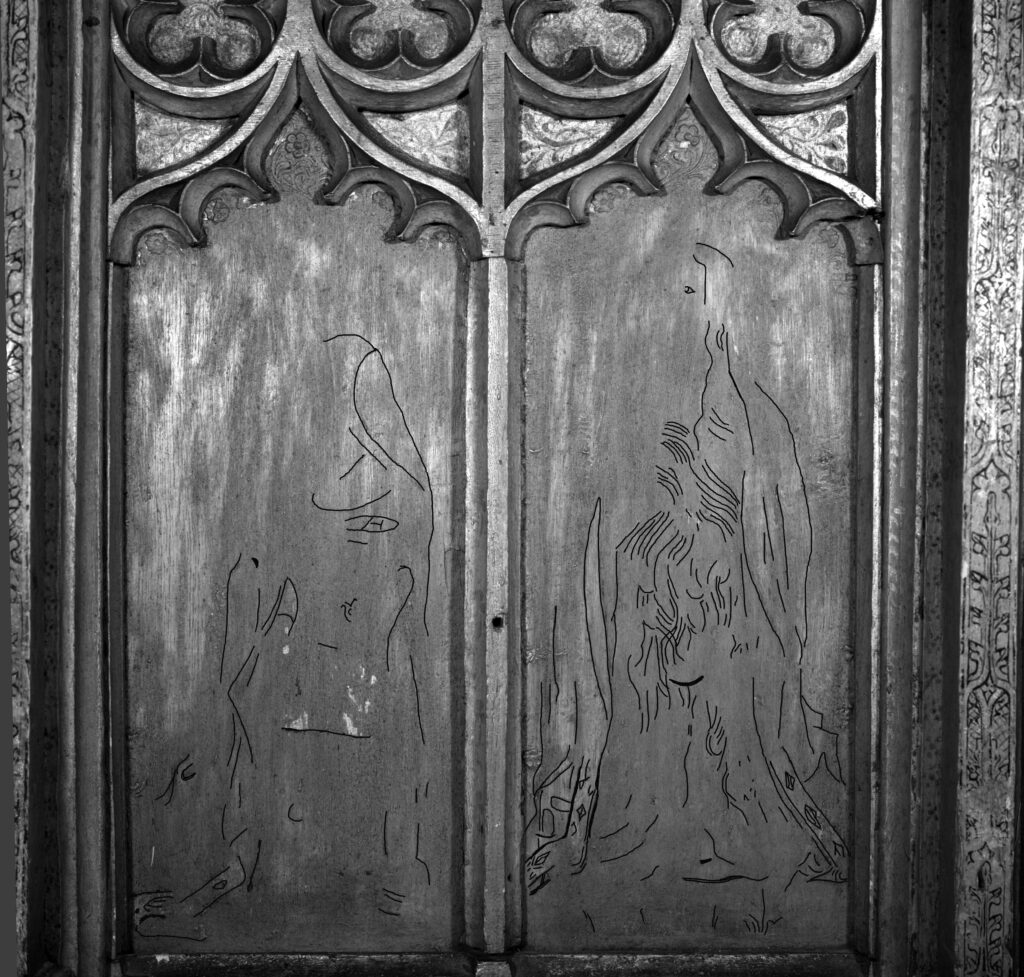 Norfolk and Suffolk have the most surviving late-medieval painted screens in England. Chancel or rood... 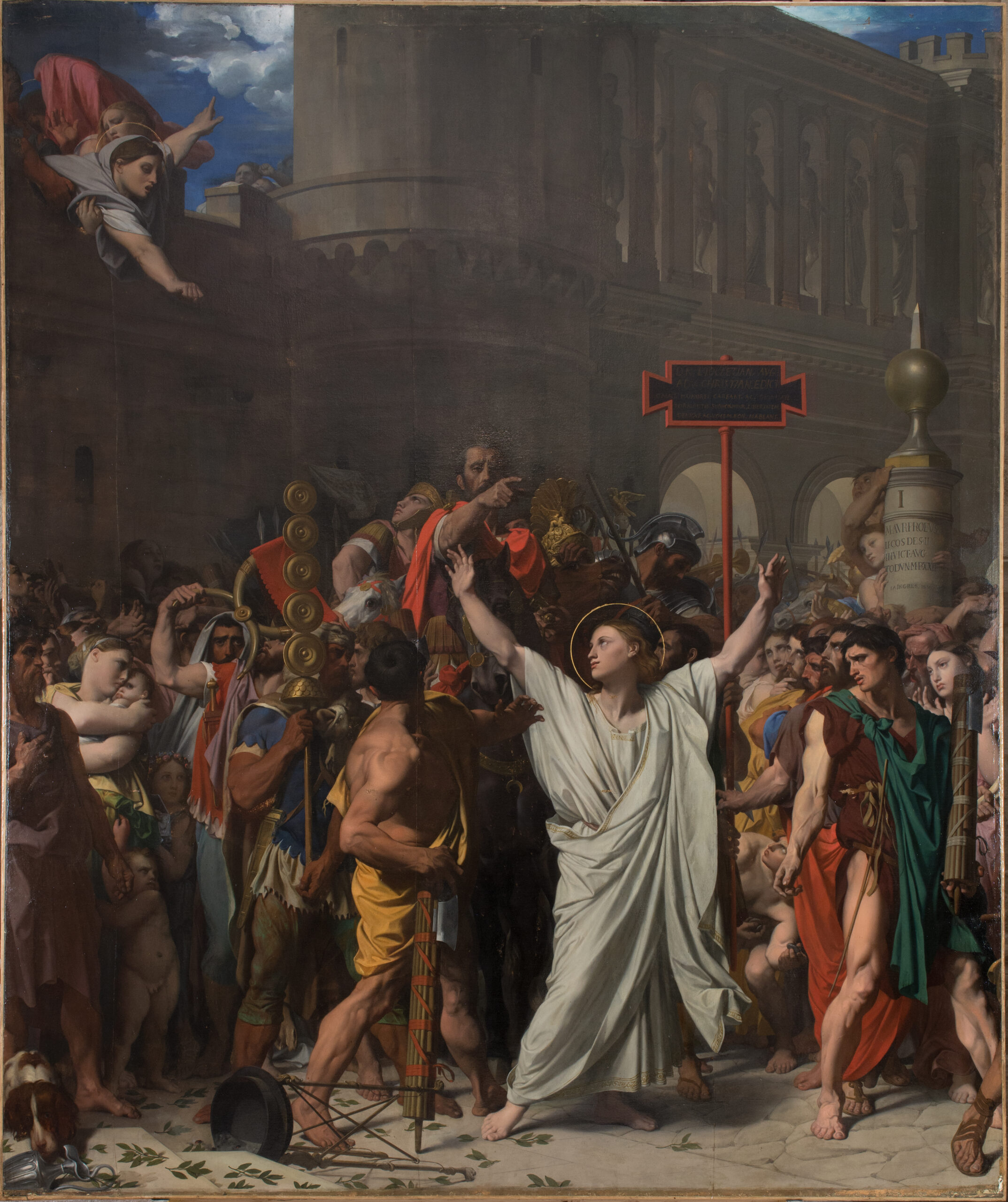 The Martyrdom of Saint Symphorien

By Catherine Wilkinson This painting was completed in 1834, following a state commission at the... Triptych of the Virgin in Glory – Osiris case study The Death of Anacreon Peasants Dancing at an Inn